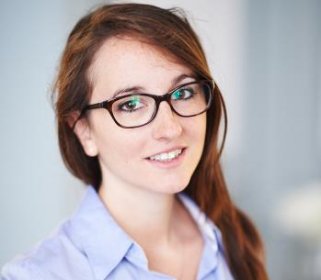 I have been the EU Public Affairs and Communications Manager of EUROPEN since 2016.

EUROPEN – the European Organisation for Packaging and the Environment – was created in 1993. It is an industry organisation that represents the actors of the packaging supply chain in Europe, from raw material producers to market brands. Our members mostly comprise multinational companies but also around ten national packaging associations. EUROPEN also represents all the packaging material, plastic or glass as well as metal and paper/board.

EUROPEN represents the interests of its members in the opinion of European decision-makers to ensure a fair and well-balanced treatment of the supply chain actors in European public policies. EUROPEN works on maintaining a European single market that would ensure the free flow of packaging and packaged goods, while preserving products and the environment. EUROPEN thus strives to fight against the trade barriers that could hinder the free flow of products. EUROPEN members are also committed to continuously improve the environmental performance of their packaging and packaged products all along the supply chain.

Can you summarise the impending developments of European regulations on packaging but also the stakes/risks and the related opportunities?

For example, the Circular Economy Package is gradually expanding the recycling objectives for each packaging material by 2025 and 2030 while standardising the recycling calculation method at European level. This aims to obtain more accurate and comparable data on a national scale.

The Circular Economy package also introduces several rules that eco-organisations in charge of the Extended Producer Responsibility (REP) – such as Citeo in France – will have to observe. These rules should help increase performance, transparency and operating efficiency of these organisations in all Member States; and should therefore make it possible to achieve better recycling rates in Europe. The new legislative framework should also improve defining roles and responsibilities of every actor involved in waste management. In particular, this legislative framework defines the producers’ financial obligations. It also entails the implementation of an eco-modulation of the producers’ financial contributions, which would somehow resemble the French bonus-malus system and thus encourage more the recyclability and the reusing of packages.

The policy concerning single-use plastic, which will be formally approved by the European institutions in the spring, aims to prohibit several single-use plastic products in Europe, such as plastic straws or food and beverage containers made of expanded polystyrene. Member States are also required to implement “consumption reduction” measures for some packages, such as several single-use food packaging made from plastic. The legislation also states that by 2024 plastic and carton bottles must be designed so that the cap remains attached to the bottle. The European Union also requires PET bottles on the market to be made out of 25% of recycled material starting from 2025. From 2030 onwards, this percentage will have to reach 30% for all bottles (not only for PET bottles).

The manufacturers of many packaging materials are also financially responsible for the cost of litter cleaning. EUROPEN considers this measure as exaggerated since there are several causes of marine pollution and since many actors share the responsibility for it. The European Commission still has to define the calculation method and the scope of this measure.

For the packaging sector, represented by EUROPEN on the European scale, the stake is now to ensure that all these measures will be applied in a standardised way at the European level without resulting in the fragmentation of the internal market, which could be caused by creating national barriers hindering the free flow of packaged goods in Europe. Internal market is vital for both French and European industries because it makes the economies of scale possible, necessary for investment in innovations – including eco-innovations – and it therefore helps achieving the objectives of the circular economy. These objectives are more likely to be achieved within a single circular economy at European level than through 28 different ones.

The packaging sector is not only in the “light of sight” of the media, it is also – and maybe foremost – in the public policies spotlight, even more so with the upcoming European elections.

The policy concerning single-use plastic is already being used to assert the European action in the European campaign, aiming at encouraging citizens to vote in May. Decisions concerning European public policies are made in Brussels but policies are applied in the Member States. The link between these two levels remains a fundamental stake for industries, included the packaging sector – hence the importance of maintaining the regular exchange of expertise between EUROPEN (at the European level) and the CNE (at the national level), in order to prepare the transition towards a circular economy and its application at a national level as early as possible. We sincerely hope to further continue this successful collaboration for both our organisations and the members they each represent.

NOTE: These settings will only apply to the browser and device you are currently using.